WELCOME TO OUR RELIGIOUS BLOG, MAN NEEDS GOD: YOU ARE WELCOME HERE TO BROWSE AS LONG AS YOU LIKE, ENJOY YOUR STAY WITH US AND IF YOU CAN SPARE THE TIME, PLEASE LET US KNOW WHAT YOU THINK ABOUT THE CONTENT OF THIS BLOG.
-
Man needs God
Religious discussions
-
WELCOME!
WELCOME YOU ARE INVITED!You are invited to browse and take part in the discussions that follow.
-
Other related links:
http://www.catholic.org/
https://sites.google.com/site/prayersofreconciliation/
http://manfracoreconciliations.blogspot.com/
http://ifyoubelieveingod.blogspot.com/believeingod.blogspot.com/
http://www.bible-researcher.com/
- 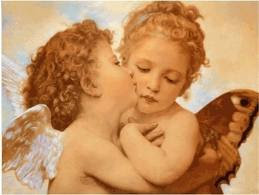 All emails are free to use. So, email us at;
frankmenchise@yahoo.com
or
menfrac@gmail.com

To see more religious sites in book format click on the link below;