We say in the beginning 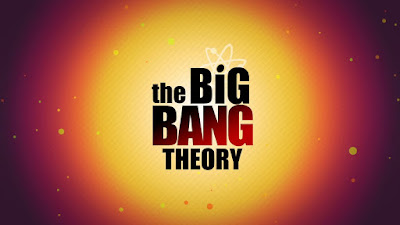 We would like to know the beginning of time, to see how it all started. But the reality is the perhaps, time has never had a beginning, because time is eternal and therefore it has been there all the time. The only thing that we can say about time is that, there is a theory that this current era has started with a big bang. We have said this to explain that when we say in the beginning, we only mean that portion of time that we can imagine.

We say in the beginning

Welcome to our article, We say in the beginning

May God help me say the right things in this article.

Dear readers, we are writing this article called, we say in the beginning, because we want to explain that for eternal things that there is no beginning, and there is no end, because they are eternal.

Therefore, eternal things never end, also the spiritual world that we are writing about is eternal, since it forms a life cycle, which can never end. This may sound like we are telling you a story, but we are serious.

You see, this article is being written to show that everything in the universe is eternal and it is linked together, like God and the spiritual universe, therefore, they have no beginning and there is no end for them.

Now, we are writing this article, to connect our religious articles that we have written so far; we need to explain that it is necessary to connect them, in such a way that they form a full circle and return from where they have started, and thus a cycle that never ends is formed; so, there is no beginning and there is no end, because we are talking about God and eternal things.

We have always used these phrases, when we begin a story; to prove my point I am going to quote from the Bible the very first phrase, (Quote from the Jerusalem Bible, Genesis 1, 1) “In the beginning God created the heavens and the earth.” This is how the Bible starts explaining the beginning of life on the planet earth, at the same time there is no explanation of how God came into being, so, the beginning of God and time is left open to the interpretation of the readers, who can think that God is immortal eternal and omnipotent.

Today these religious beliefs written in the Bible are under scrutiny, from the atheist, who believe that there is no God. But we believe that God exists, since God represents all existing life, and God is eternal and has no beginning and no end.

God and time are eternal

Therefore, today if we start looking for the beginning of how God came into being, and the beginning of time, we must say that these two things are together, to form a logic explanation, because it is the only explanation possible and the universe is eternal.

This way of seeing God, the universe and time as eternal, may not be accepted by everybody, especially the religious people that believe everything that is written in the Bible, and what their religious leaders have told them.

But then, we should ask ourselves how else could it be? You see, by logic reasoning everybody can accept, that everything was there in the beginning, and God was part of the entire universe. Then another explanation is that God is the universe and everything that exists in it; if we think that God is the entire universe, then God can create anything he wants by modifying what is in the universe. This way of seeing God as being everything, may eliminate the argument that we have today between creation and evolution, as both can be achieved from the living God of the universe, because God is everything and has been there all the time, so, there is no beginning for God, the universe and time, they are eternal.

In the beginning, we say

The Bible starts with the phrase in the beginning, which is one of the best ways to start telling the story, but what about the end of the Bible. At the end, in revelations, it forecasts the end of the world in such a dramatic way that it becomes scary, if we believe that these revelations are going to happen, then the Bible has a beginning and an end.

Anyhow, we believe that what is written in the Bible is not going to happen, because it was written to scare people, to make them follow religious leaders of those times; those were very hard and scary times, and that is the reason why they have been written that way.

I hope we have proven our point of view, about the beginning of the Bible and the end of it; they are stories that they are telling us, so that we follow religions their ways, whether it is the Bible, the Koran or other religious books, it does not really matter. Anyhow, we want to make our point, that there are things that never begin and will never end.

When we observe closely, we must conclude that time has always been there, and this never ending time has been divided in smaller pieces, we have divided time in small pieces, because we can describe better what is happening at a certain time; we are saying this to explain that measuring time is a human invention, but time has no beginning, because time has always been there, and it moves forward in a never ending motion; most people believe that time moves in a straight line, but we must consider that time can also travel in a circle, orbit or spiral, but it never comes back to the same starting point, so, time is eternal like the universe is eternal. This includes all the things that can be seen and those things that cannot be seen in the universe.

The beginning of a new Era

We may have to write a few more articles in this last part of our religious writings, but they will all try to link everything together, because that is what we want to do, one of these articles is, Everything is rolling over, there we are describing how everything is rolling over in the universe, therefore, also the spiritual life forces of the universe must be rolling over, or recycling in order to exist forever. We will write other articles to show a few more religious things, but most of our important religious writings have been written, even if they need to be edited, to make them easier for people to understand them, but now let us go back to talk about the never-ending time, to complete our statement.

When we look at the world today, we see that things are changing a lot faster than they used to change; but when there are changes, we need to be ready to embrace them, otherwise we can be left behind, therefore, it is wiser to get started, and do what needs to be done. Many of us have our own role to play, so, every one of us will do what is our usual part and try to stay ahead of the others.

In this case, because I have been writing about religious issues, I am continuing to write about them. The rest of the community can say whatever they want.. Having said that, now, I believe that I have been able to link better our religious articles and I will continue to link them with our next article, everything is rolling over, see you soon.

This is blog, Man needs God we say in the beginning

May God guide and help me. See you next soon.

Posted by Framen at 9:16 AM No comments: