MAN NEEDS GOD. We believe that, there is only one God throughout the universe and God is the universal life force that guides and gives life to the entire universe. Therefore every living thing is part of God life force, since God is the essence of all life in the universe.
-
Welcome to our blog, Man need God
And this post, the religious theory trigger
-
Here I would like to tell you what was the trigger that has made me write this religious theory; look here under to see the real trigger that made me decide to write this theory. 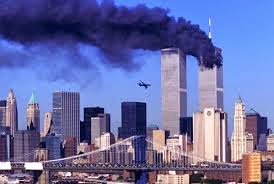 This is how I remember it, I was watching this event live on TV, when the second plane smashed into the second tower, I will remember it my entire life, these things cannot be forgotten, because it will be locked into my memory as long as I live.


The religious theory trigger
Dear readers, let us explain what was the trigger that motivated me to write these religious writings; the trigger that really set me thinking that we the people of this world needed to do something about these religious issues, or at least have our say, was the terrible event of nine eleven 2001, when New York City and other places in the US became under attack presumably from religious fanatics, at least that was the way that the press reported it and the way we saw it in the beginning, because whoever organized it used religion in such a way that brainwashed those that did that terrible act. Therefore, we believe that behind this attack there is a lot more that just plain religious fanatics attacks, so let us imagine what it could have been?
First of all we have really to try and distinguish what really the attack was; as there are many reasons to believe that it was a deliberate attack to the US mainland, not only in a religious way but in many other ways as well, and it was meant also to tell the western world to mind their own business and do not mingle with their religious and political ways of running their own affairs. But they chose America for their first target just because they hate America more than the rest of the western world, and they were jealous of America being so powerful and sometimes telling them what to do even in their own country.
Perhaps we may have to admit that America sometimes mingles too much in other people business, because they believe that they could or would show these people how to live a better life, because they believe that they are the best at everything, (perhaps they are) but they don’t see that they live in the western world, so their value of how to live a good life is different from the value that some other people give to how to live a good life.
Therefore a large part of these other people do not see it the same way as the Americans see it and therefore they want to stop America interference, this is how some of us see these happenings today. Now while we are editing this hub there are other terrible things happening in Iraq and we believe that they are the consequences of the war waged to remove Saddam Husain regime, here again the rebels that do most damage are supposed to be Islamic religious extremist. Anyhow here we would like to point out also that whatever we do there are other consequences, therefore the Americans and the western world need to slow down and wait for those that don’t believe in the western civilization, we have to wait as long as it take until those people are ready to copy our ways, if and when they are ready to copy us and if they don’t they don’t.
So as you can see we could go on arguing about the reasons why these terrible things happen and who is at fault, but that is not what we want to do, because here we have started our religious writing, because we want to write our religious theory, so we have to leave behind these arguments between America and other people and go back to write our religious theory, in the hope that we find a way how to stop these terrible happenings at least in a religious way; so let us start to talk about our religious theory.
-------------------------------------------

Theory based on old beliefs

This new religious theory needs to be based on old beliefs
This new religious theory that we have in mind to write and suggest to the world, because we believe that soon or later it is going to be necessary to do something like this, it needs to be based on the entire world existing religious and spiritual beliefs that we have today, first of all because it is necessary to continue religions the way they are today, so that people will not become upset, since religions for most of us is a way of life that has been passed down from generation to generation, therefore believing in what we have always believed helps us to live a better life in our own ways?
Therefore, this is one of the main reasons that we need to be careful if and when we try to modify religions, as it needs to be done very gradually and in such a way that most if not all the people accept it willingly, and those religious changes should only take place when the public is ready to accept them? We know that some of you are going to say that if most people don’t like to change religious beliefs, why make the effort to change them, or make an effort to suggest changes of religious beliefs, even if what is suggested is only a theory that is still being drawn, in the hope of solving some of the existing problems.
You see, we believe that there are negative forces that might bring religions down, and perhaps even destroy them, as we have tried to explained at the beginning if this article. Now that we have stated the first main problem that we would encounter in modifying religions, let’s see how we would be able to go about to achieve those modifications without upsetting religious people.
First of all, we should really put all the world religious information available together so to speak, of course this will result in a huge amount of religious information that we need to sort out and we will have to sort them out in a way that most of us would accept? Well that it is not going to be easy to say the least and it will also take a very long time.
Here are some links to the religious books shown beside this article for you to check them out some of the main religions.
www.catholic.org/bible/, The Koran -- Simple Search,
The Laws of Manu, www.religionfacts.com/hinduism/beliefs.htm