MAN NEEDS GOD. We believe that, there is only one God throughout the universe and God is the universal life force that guides and gives life to the entire universe. Therefore every living thing is part of God life force, since God is the essence of all life in the universe.
-
Welcome to our blog, Man needs God
and this post, Religious discussion
- 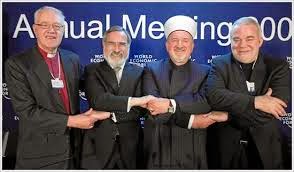 It is usually a good sign when people from different religions meet and talk their differences. 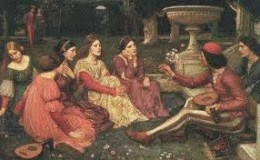 Some people meet and talk all sorts of issues, whether these discussions are religious or otherwise is not going to make a great difference, because a meeting is successful only when people reach an agreement.

As anyone can see, these articles are being written to discuss and overcome some of those religious difficulties that arise today, in order to do that we can say that this is a religious study of how religions serve humanity since humanity needs God and religions, therefore we will continue to discuss these issues, in the hope of finding a way how to overcome those difficulties.
So this post is Religious discussions three, being also part of Prayers for Reconciliation and a chapter of our religious writings and the continuation of discussions two, in our post “The western world religions”, where we left with Gino wanting to talk to our friend John in an aggressive way, so let us see what he had to say?
Dear readers, in order to make it easier for you to understand what is happening, and before we write Gino speech down, or should we say before we write Gino argument with John, we would like to let you know what sort of a bloke Gino is; you see Gino sometimes likes to make an argument out of anything, religiously Gino is a Christian or Christian agnostic, sometimes depends on the way he feels he may even act as an atheist, so we wonder what he is going to say to John next.
Now let us say who is John; well John is a very religious bloke that really believes in his Jehovah witness religion, so everything for John is exactly as the Bible says. Now as we have already said in my last post, Gino seems keen to talk to John, therefore looking at these two friends we are just curious how this religious discussion or debate is going to be like. So let us see first what Gino is going to say to John:
--------------------------------------------------------

A religious debate or discussions

After my conclusion on Mark speech in our last post, Gino approaches John and starts to talk to him thus:
Gino to John
Hey John did you hear Mark speech; he knows a lot about religions, doesn’t he? So now that you have heard all that religious stuff, and knowing that there are lots of other religions in the world just because man needs God somehow, I am asking you this, are you still going to think the same and follow your Jehovah witness religious beliefs as if it is the only possible way to go in your religious ways? Or are you going to be just like one of us and be open to any religious discussion or comment and sometimes accept that comment. You see one could never be sure if what we have been told about God and other religious beliefs are true or not. What do you say to that?
John to Gino
Look Gino, Mark may know a fair bit about religions, I will give you that; but you have to admit that what he has said is only general knowledge, that is the way I feel about his speech; also I need to add that I am not convinced that religious things are exactly the way he said, so I am still one hundred per cent sure that I am right about my own religious beliefs, because I believe that the Jehovah Witness religion is the only true religion, so, I am not going to change my beliefs at all based on Mark speech Okay.
Gino to John
John, you are really a believer and believe in God and whatever is written in the Bible, but really you should think again about your beliefs, as you have heard there are a lot more religions in the world, so, there may be, I say may be that one of these other religions might be right and your beliefs are not. Look I don’t really want to be hard on your religious beliefs here, but there are a lot of people that think otherwise, in fact there are even people that do not believe in God at all as you may know, in fact there are good intelligent people that reckon that God does not exist and there was no creation as the Bible says, because there is no need for a god to create life, you see it is possible that simple life just came about by itself, and then with the passing of time it grew and became the way it is today through evolution, you know there is a theory about this issue.
John to Gino
I am sorry to say this Gino, but today you sound to me that you have become an atheist; I thought that somehow you were a Christian and that you believed in God somehow, I believe that I have made a mistake in judging you a Christian, because today you don’t sound like a Christian at all, you know what I mean, a Christian is a person that believes in God and fears God, because he wants God to see that he deserves better or perhaps eternal life?
Gino to John
I know that John, but you see I just wanted to see what you thought about religions, let me say outside your Jehovah wetness religion. For instance, do you really believe that God created everything in seven days like the Bible says, or do you have some doubts about creation yourself?
John to Gino
There you are you are indeed an atheist and next thing you are going to say to me, that through evolution and the forces of nature everything created itself and that we are monkeys that through evolution have become humans. You know what I mean, monkeys eating bananas, do you see a monkey in yourself and me or do you see a person. Just listen to me Gino, monkeys are monkeys and cannot be anything else, and humans are people just like Adam who was created as a person, like God said in his own image, don’t you see that?
Here I would like to stop as this post is already long enough, and we will continue this story in our next post called; Preventing a religious argument.