Flood in the days of Noah


Do you believe in the biblical flood?


Welcome to my hub, Flood in the days of Noah (hub 81
May God guide and help me to say the right religious things?

Do you believe in the biblical flood? 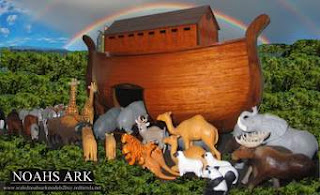 There are many stories and beliefs about Noah's Ark, and perhaps there was a great flood in those times, but we believe that the Biblical Flood was not as big as the Bible says, see what we figured about because of the Dead Sea.
- The Dead Sea in Palestine is 435 metres below the sea level of the world, if the flood was as big as they said in the Bible, how did the water evaporate in a short time.