Welcome to our blog, Man needs God
And this post, Creation and creation of mankind
Talking about creation 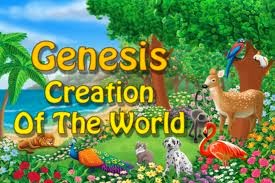 Talking about creation
May God guide and help me to say the right things in these religious writings
We all know that as soon as we mention the word creation most of us that live in the western world think about the Bible creation, this is just because we have been taught to believe in this sort of creation since we were young, because our forbears believed and talked about this creation as we do today; but then if we look at other religions and beliefs of the entire world population we realize that not all of us believe in the same creation, therefore since we claim here that we are studying religions and the ways they serve humanity, we have to look also at least to other main religions and how the world was created according to these religions and also the creation of mankind. You see it would be necessary to do that in order to have a better understanding of all religions and what are their differences, starting from the beginning and therefore creation.
Of course there are also the possibilities that all sorts of creations that the religious people put forward don’t exist at all, because it is possible that everything happened by itself as it is claimed in the theory of evolution and other things that the modern scientists claim to be possible to happen.
But here at this point of time, we don’t want to argue about whether we have to believe that creation according to religions is right or evolution is right, we want only to see how most religions explain creation and the creation of mankind. In order to do that we are going to describe a few religions and how they explain their religious creation? So let us start with the Bible creation, since we are part of the western world religious beliefs:

Creation according to the Bible
So let us see what the Bible says by using and navigating this link  www.catholic.org/
In order to describe this creation according to the Bible, we are going to ask a normal layman called Don how he does understand creation according to his religious beliefs.
Okay Don, we are trying to understand the people what they think about creation, so we would like to ask you how you understand creation according to your own religious beliefs?
Don answer
I am a Roman Catholic born and baptised therefore I believe in creation according to the Bible. You know the Bible is supposed to be the word of God, or at least God’s revelations through the prophets; therefore I believe that God created the world in seven days at it is said in the Bible, even if I might have to allow that a day in the Bible might not be one day of twenty four hours as we know it today?
Don can you describe us creation itself please.
As you know; in the beginning God started by creating heaven and earth, at is said that the earth was a formless void and God created them. I know that the Bible might describe that better and make more sense but this is how I see it.
There was darkness over the water on the earth and God said; let there be light and there was light, and God saw that the light was good and divided light from darkness and he called the light day and the darkness night. God also divides the water of the earth and the sky. This is the first day of creation.
After the first day of God’s creation in the Bible, God continues to create the rest of everything else in next four days as we know them and then the sixth day God creates man.
Here Don stopped as if he had said everything that there was to say, so we had to ask Don again. Don please can you continue to describe the creation of man please.
And Don said
Now the creation of man is a bit strange, because there are two descriptions in the Bible, the first description says that God said, ‘Let us make man in our own image, in the likeness of ourselves, and then he said let them be masters of everything we have created. Now you listen carefully what the bible says next, because this is a quote that I am quoting from the Bible, Quote: God created man in the image of himself, in the image of God he created him, male and female he created them. End of quote.
Then God blessed them, saying to them, ‘be fruitful, multiply, fill the earth and subdue it. Be the masters of everything; this is more or less what God said to them. Of course this is not all because there is more to say about man creation, which will be written here-under. Please note that there is some difference how man was created.
-------------------------------------
Here we will continue with the second description of the creation of man
-------------------------------

Second description of the creation of man

The second description of the creation of man
When Don finished telling us about the first creation of man, he stopped talking and was wondering whether he should continue, but we encouraged him to continue, so he said:
Look he said, I wonder which one of these two descriptions is right that is why I don’t know how to go on; anyhow let me tell you this second description of how man was created, you see, to me and perhaps to other people also it might seem that it has been added later on, so let me say how I understand it.
In the Bible it says that at the beginning, there was no wild bush or any wild plant growing, because Yahweh God had not sent rain on earth, nor man to till the soil: I think that it is strange that God needed man to till the soil and for this reason God created man, however let me continue this second creation of man.
In those times, water flowed out of the ground and watered the surface of the soil, so we should imagine that the soil was wet all the time, now here I would like to quote what the Bible says; Quote; Yahweh God shaped man from the soil of the ground and blew the breath of life into his nostrils, and man became a living being. End of quote.
Then Yahweh God made a garden with all sorts of plants including the tree of life and the tree of knowledge and put the man he had made in the garden, God also let the man know that he was the master of everything.
And still there is another creation going:
Here Don sighed and said, strange as it may seem this is different from the first creation of man, because in the first creation Yahweh God made man and woman together, but here they are created in a different way.
Now the man being master of everything gave names to all cattle, birds and wild animals, but no helper was found for him.
Here the Bible says that, Yahweh God made the man fall into a deep sleep, He took a rib from the man and made that rib into a woman; that is why we sometime hear say when man describe woman; this one at last is bones of my bones and flesh of my flash! And we call her woman because she was taken from man.
This is how the Bible explains creation and the creation of mankind.
If you want to read more about the Bible here is another link that might be a bit easier to navigate; www.catholic.org/bible/
----------------------------------------
Now that we have described creation and the creation of mankind according to the Bible with the help of Don; we are going to move on and describe some other religions about how those religions describe creation, so that we would be able to compare the difference. However we also think that we have said enough in this post, so we will see you in our next post, where we are going to compare the Bible creation to other religions. See you there.
May God bless us all?
--------------------------------
Man needs God
Talking about creation
IS TO BE CONTINUED;
Next time with, compare the Bible creation to other religions
-------------------------------------
Some personal and religious links:
http://menfranco-re.blogspot.com/
http://ifyoubelieveingod.blogspot.com/
http://manneedsgod.co.uk
http://frankmenchise.com
http://diybrickwork.com
http://publicreligiousforum.yolasite.com

Posted by http://menfranco.blogspot.com at 3:58 PM No comments: