The Bible the greatest and most read religious book in the world. This book is also the history book of the Israelite; we could also say that all Christian religions and also the Muslim religion derives from this book. 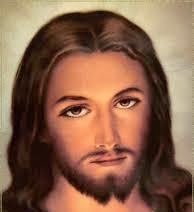 Our Lord Jesus Christ would be the closed man on earth that could be said to be God as well. In fact in the Christian religions he is believed that he is the son of God, but not all religions agree on this; you see the Muslim religion say that he is only a prophet. 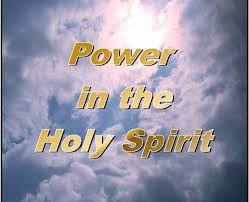 Yes we could say that the power is in the Holy Spirit, since there must exist a sort of power that is able to bridge God life force to the living beings and keep life going on earth. 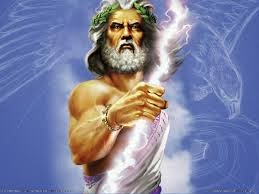 Mankind ways of believing in God

This is Mankind ways of believing in God
We may have to agree to this following statement that most of mankind has always believed that there is a God, and that there is very likely an afterlife, and therefore we keep asking ourselves what is God like? And how would this afterlife be like? And also we ask ourselves many other things, of course most of us have been told from our elders how these religious things or beliefs would be, but we have our own doubts and we keep asking again and again, just like our ancestors have done before us.
Now, if we look at the religions groups or denominations of the world, there are very few groups of believers that agree and believe about the same religious things, and yet if one examines the entire religious world beliefs, one cannot say that this group is right and the other groups may be completely wrong, because it may always be possible that some of the other groups beliefs might be right. So no religious belief can be accepted as the whole truth, and neither discarded completely as false.
Therefore, if one wants to find what’s true and what’s false about religions one can’t discard anything at all from any religion, and one must also include those people that don’t believe in anything at all, and those who believe only in scientific explanations, because they believe in something even if they don’t believe in anything.
So, one has to put together all religions including all sorts of beliefs, even those people that don’t believe in any religion at all, in order to find out what they have in common with the rest of us. Because, there are reasons to believe that even if they seem so far apart there must be a point where they all meat together. So I believe that if one wants to find the truth, one has to try to find the point where all sorts of religious and non religious beliefs may have in common. And one has to widen one’s field of views, as much as its need to be widened, so that they include all known, unknown and possible beliefs.
So at this point one may as well ask: But what sort of God would be able to represent all these necessary requirements? Therefore; could it be possible that there exist a God like that? Or: Is there really a God, or there is no God at all?
My own answer to the questions above is yes, there must be a God because there is life and God is the active life force of the universe that makes life possible. If one day we find out that there is no real God like person, one could always say that God exists at least by definition because God is life, we have already written a hub about this article and here is the link to check it out; God exists, 8
My personal beliefs are that I believe there is a God, because if I didn’t believe that there was a God I would not be thinking about God, and God would not have come into my thoughts or dreams. So I would like to point out this to you, that we all come from God because that’s the only possible way to exist, since we believe that God is the existing life-force that gives life to all living beings or things.
Therefore, we that are living happen to be part of God life-force, I mean here that we represent life and therefore we represent God life-force in a very small way of course, as God life force may well be so extensive that we cannot even be able to think about it all.
All what I have said I will try to explain presently when I write about God life force of the universe, that is when I write my theory about God of the Universe, In my writings of Reconciliation of the Universe, there I will describe how God could or would be like and in control of the whole universe, this is a link to this hub; God of the universe 66
------------------------------

Since our religious theory is very much a new way of looking at religious beliefs, I have been feeling reluctant to bring my theory forward presently, because the public might not accept our religious theory unless it is published at the right time, that is at a time when such a theory would be accepted more easily, and that may well be far away in the future, when people become tired of all the violence that the present religious system seems to condone nowadays, only then, they will become aware that a new religious system may help to end the violence, and therefore then, they will be searching for a way out for ending this violence for good; only when all this has come to pass, only then it would be the right time to publish my religious writings.
However I don’t have that much time and I cannot wait because I am growing old, so, I have to write and publish my religious writings now, I know that my theory of Reconciliation of the Universe will not be accepted just yet, but I cannot wait, so whatever happens to my writings does not matter that much, at least I have tried to do what I had to do, or perhaps I should say what my human souls is driving me to do now, even though it might not be the right time to do it; Let me explain:
During my life sometimes I have had the experience that there are times when we are doing a task and while we are doing this task suddenly a thought or idea comes into our mind and that thought or idea is the best answer to our problems; in a parallel way while I am writing my theory of Reconciliation of the Universe, this idea comes suddenly into my mind, this idea I don’t know where it comes from, but it is like what some people call vibes which in the end might prove to be right, in my case here these vibes are creating a problem that I wish to avoid.
So although now I will write my theory it doesn’t mean that I will have to publish it now, I may have to wait until the time is right if I am going to follow my vibes, and hope of guessing it right. So, my vibes tell me that I should not publish my religious writings of Reconciliation of the Universe before the year 2038; But because I have no time to wait that long, I am publishing them now while I am writing them. I also know that my religious writings need to be edited many times before they will be ready to be published in book format; so I am taking my chances by publishing them now as they are in hub pages, and also I know that I have to edit them many times before they become clear enough for the public to understand; but anyhow just be happy to know that you may be one of the first to have read about the future of religions, as I see them.
These religious writings are our Prayers for Reconciliation writings, and they are going to be continued with next hub, Reconciliation of the Universe, where the main theme is, THE HEAVENLY MESSENGER ENCOUNTER, in; Angels greetings from heaven, see you there.