Everything is rolling over

Welcome to our hub ((25) (78)), everything is rolling over
May God master of the universe guide and help me to write the right religious things? 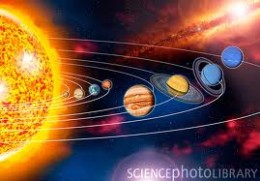 The solar system orbit around the centre of our Milky Way galaxy with all its planet and their satellites that orbit around the sun all together. They seem to form a never ending cycle that will go on forever.