Welcome to our hub page (57); Theist and atheist views

May God guide and help me to say the right things in these religious writings?
- 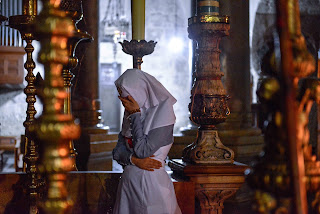 We believe that to overcome this issue, it would be better if people believe in spirituality and that all religions are equal

The Bible is the most religious book read in the world, there are a few religions that derive from this book, but in these religious writings we ask ourselves whether what is written in the Bible is all true.

These are my beliefs and mankind religious beliefs
Let me inform you first of all that what I am going to write here I am writing it in the name of the existing God and religions, even if it may seem a direct attack on religions to some of our religious readers; so here we would like to assure you, that it is not an attack on religions at all, in fact we are writing this article to get our religious readers ready to accept our religious theory of, Reconciliation of the universe, being written to help religions survive and thrive now and in the future. We believe that for religions to survive the present religious attacks from the atheists, from the extremist and other religious groups, they may need to be modified and be in agreement with our logic human reasoning, which should be according to what we the public believe to be right. Having said the reason why we are writing this theory of reconciliation of the universe, now we can really try to say what we have to say.
Anyhow as we have said, this is just another article that continues Prayers for Reconciliation religious writings and wants to prepare the readers for the theory of Reconciliation of the Universe, which one day we believe it might become the super religion of the future, because it would be able to link all existing religions together.
What we are going to write in this article is going to spare no one, in fact it is going to be a double edged argument that attacks just about everyone and everything that does not stand up to our logic human reasoning. Well, not just everybody and everything, but just a few things to prove our point of view, we need to do this in order to prove that our reasoning is right.
So, let me start from the beginning once again; first of all we want to point out that there are these people that we call atheists, which would like to see religions disappear, because they believe that they do not need religions, because they do not believe in any gods or religion, so they see religions as a tool that is used only in a way to control people and most times it does more harm than good, therefore, they would like to see religions disappear, just because they do not see the good side of religions.
Well, we have to say that we cannot blame them completely, because if we look back at history religions have committed many mistakes and atrocities, the most known of these are: The Crucifixion of Jesus Christ, The crusades, The Inquisition, any religious wars or any other religious killing of people in the name of God, when it is obvious that God as nothing to do with it. Well, we may say that people did not know better in those times, and we would agree with you on those grounds; but, what about what is happening lately the religious extremists who believe that they sacrifice themselves in the name of their God, they also kill in the name of their God, could any of you by logic reasoning agree with them? I suppose no one would agree except the extremists themselves.
Looking at all these violent happenings, we would say that it is about time that somebody looks if religions could be modified and how religions could or should be modified, because they need to be modified in such a way that it would become harder to go astray from their role of peaceful coexistence that they are supposed to achieve.
Another thing about the atheists that should worry us is the fact that they are usually well learned people, therefore they should be capable of coming up with a solution for this religious problem, but they do not seem able to give us a way out of this religious dilemma, with the exception and suggestion of abolishing religions, which in our opinion would make everything a lot worse.
In this article we would like to discuss about the different views between the theist and atheists, and above all try to point out some of the causes that the atheist could use to subdue the theists, so that they can prove that religion is man-made and God does not exist, that could prove that the Bible is not God inspired, because there are many mistakes in the Bible and other things.
To me and perhaps to most of us to live without religion is absurd, you see humanity has always needed religions since the beginning of recorded times, and therefore, religions are here to stay perhaps in a modified way, if they cannot continue the way they are for long, so, we should look for ways that do not clash with whatever we know now and whatever we are supposed to know in the future. We do not see that this existing religious problem is going to be solved in any other way, and this is the reason why we are trying to suggest to all people concerned to modify religions accordingly. So, we hope that all religious people and also the atheists accept our suggestions, once we have set them out and published for them to study?
Having said that we are going to change many things, we believe that our readers would worry about it a lot, so, here I would usually repeated our article called ‘for our readers peace of mind’ but I am not going to do that, because there will be too many repetitions in these writings, so, I suggest to our readers that are worried to read this article in our previous Hub, Views on Reconciliation of the Universe, and now let us talk about the theist and atheist
---------------------------------------------

There are reasons to believe that the universal Flood has it is written in the Bible has never been, because it cannot have happened to that extend, where all the earth would be under water, but at the same time there must have been a flood, just because it is written in the Bible, but it must have not been as widespread as it is written in the Bible, and not at the time the Bible writers want to make us believe it happened. If anything like the universal Flood happened, it must have been several thousands of years before the date that the Bible claims The Flood has happened, and I will explain you why hereunder.
Let me make this as simple as possible, today the Dead Sea in the Middle East is 423 meters below sea level and so are also the surrounding lands of the, Jordan valley- Israel- Jordan, even the sea of Galilee is 208 meter below sea level, therefore a lot of land in this geographic position is below sea level. (If you want to check this out, Google lands below sea level in the Google bar) (Or use the link below this paragraph if it works.) The point we want to make here is this; if there ever was the Flood as the Bible claims it to have been, then all these low laying areas should have been flooded, since the bible claims that all the earth was under water, which has never been the case, I am saying this because it is impossible for all that 423 meter deep of water to evaporate since then.

List of places on land with elevations below sea level - Wikipedia ...

If there ever was the Flood, it must have been much small than what the Bible claims, or it must have happened hundreds of thousand years before, so what is written in the Bible is not correct, this is the first reason why some events in the Bible are not correct.
On this subject the atheist would say that most civilizations have a story of a major flood that happened for various reasons: we know they are right and we can find some of these flood stories on the internet if we look for them, even in the Greek and Roman religions, there is this flood that Jupiter with the other gods caused, because people were bad and they wanted to destroy them, so the flood in the Bible is not the only flood in history. Try this link below if it works:

The Greek Myth of Deucalion and Pyrrha and the Great Flood