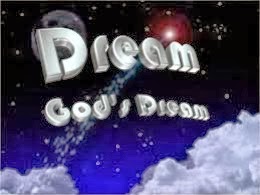 During my life I have dreamed several God send dreams, some people find them interesting and read them.

---------------------------------------
Some dreams in the Bible
Some dreams in the Bible
Now, let us just look at some of the dreams in the Bible that we hear often preached; I suppose that we should start looking from Abraham who had visions dreams and Covenant with God and then try to find many others. In the Bible Abraham father of many great nations seems to talk with God, whether God was really there or was a vision is not clearly explained: in the Bible Genesis 12/1, Yahweh said to Abram, ‘Leave your country, your family and your father house, for the land I will show you’. That is how God starts to talk to Abram in the Bible, so Abram later called Abraham by God was talking to God, but then, he also had visions and dreams and it ends up that Abraham had a Covenant with God.
One of the most mentioned dreams in the Bible is the Pharaoh dream, which Joseph son of Jacob and Rachel interpreted for the Pharaoh and saved Egypt from famine: The Pharaoh dreamed of seven fat cows, which then were devoured by seven skinny cows, in a second dream Pharaoh dreamed of seven good ears of corn which were then devoured by seven shrivelled ears of corn. Joseph interpreted the dream thus: In the land of Egypt there will be seven years of plenty followed by seven years of famine. The Pharaoh saw that the dream may indeed mean what Joseph said it means, and thus acted accordingly and saved Egypt from the following future famine. Thus God through Joseph saved Egypt from famine and Joseph gained the Pharaoh trust and was put in charge for collecting collectable food during the years of plenty and distributing food in the years of famine.
Daniel
At the Persian court Daniel interpreted Nebuchadnezzar’s dream and Nebuchadnezzar rewards Daniel with a high position at the court as well as his companions. Later on Daniel interpreter another dream regarding the immense tree that was cut down and then allowed to sprout again, with great caution Daniel interpreted the dream thus; the immense tree was the great monarch himself that would be driven from mankind and live in the wildness for seven years, but then he would be allowed to return to his former self and regain his kingdom. As it happened the year after the dream Nebuchadnezzar became insane and for seven years he lived as an animal, but then he regained his sanity and his kingdom again, I suppose this was all God Yahweh plan to punish Nebuchadnezzar for being arrogant and believing to be above God himself, and also to prepare for what would come next for the return of the Jews to Israel. Well that is the way that is explained in the Bible, Yahweh cause all those things to happen, so that, his people would be able to return to their promised land.
Of course Daniel interpreted many other dreams and visions, and he also had many other dreams and visions.
Joseph
Joseph (the father or step-father of Jesus) had many dreams and/or visions, which helped him to understand the situation and the will of God: he accepted to marry Mary a pregnant girl, because Yahweh angel explained to him the facts of her pregnancy. Joseph had several warning dreams in his life, which helped him to avoid dangerous situations.
There are a lot more dreams written in the Bible, but I think I have made my point about dreams and God sent dreams. All these dreams and happenings seem to have a link to God and the spiritual world, so some dreams may indeed be messages from the other world.
-------------------------------
Dreaming about God

Now that I have looked at those dreams and written about those God sent dreams, of a few of these well-known religious persons, I am still concerned about what I have dreamed myself and what it could mean to me, or the whole community at large. Because you see these people that I have written above were God chosen people, and in the Bible they are portrayed thus. But you and me (if you are one of those who has dreamed about God) are only simple people who happens to have dreamed a few dreams that seem to be God sent dreams and also seen God in our dreams. So, I have to ask myself and all those that believe that they have dreamed about God and of course also you my dear readers this:
First of all, if you are one of those who has had one or more Gods sent dreams, think about your own dream first, then take a good look at this dream that I have published at this Internet address: https://sites.google.com/site/prayersofreconciliation/ among other things there is a full description of my dream, I would have liked to repeat this dream here, but I cannot because it is already published on the Internet; in order to compare more dreams, you can check out also the dreams in my hub of Cosmic Spiritual dreams, 7; here is the link, Cosmic Spiritual Dreams, 7  then read my previous article Prayers for reconciliation, 5; this is the link, Prayers for Reconciliation, 5 put everything together and judge it for yourself whether I am a good enough person and worthy enough to write religious articles, like I am doing now.
Anyhow, since we are talking about God sent dreams, it is important that we look at all sort of dreams and what they could mean to the dreamers, so, I would like to link these writing with our other writings of Dreamland, so next hub will be about, Menfranco Dreamland Modified; you see I have modified my dreamland article, so that it is more compatible with our religious articles, since in the original dreamland there were a few things that were not well explained, and some people could think that they could be offensive.
May God guide and help us to write and understand the right religious things?
May God bless us all?
------------------------------------------