Everything is rolling over 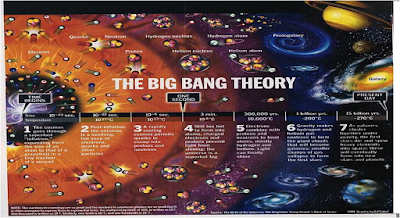 After the big gang, the galaxies were formed, and they all seem to go around each other, also the solar system was formed and it orbit around the center of our Milky Way galaxy with all its planet and their satellites that orbit around the sun all together. They seem to form a never ending cycle that will go on forever. But these things belong to the physical world, in the cosmos of the universe.

Welcome to our article, Everything is rolling over

May God guide and help me to write the right things?

You see, we believe that everything in the universe are running in a parallel way, to the ways that we can observe here on earth. Therefore, if we use what we have observed, we can have a good chance that what we are foretelling can be accurate.

Now, this article about everything is rolling over, is being written to show that everything in the universe goes around, so, they are repeating that same movement all the time. So, our religious theory has been set according to what we have observed. Now we are talking about the spiritual world, but even the spiritual world must follow the same pathway.

Therefore, it follows that if we observe what is happening around us in the physical dimension here on earth, it is most likely that those things that we see here will repeat themselves in the spiritual dimension, because they are all part of the existing universe, they should behave the same way.

Now if we keep in mind what we have said, then we can imagine how the spiritual world is like,  Now, this article has been written, to explain how God and the spiritual forces of the universe are like, so, we can link better our religious theory of Reconciliation of the universe.

Anyhow, in our lives experiences, we can see that things repeat themselves. We can say that it is like a never-ending motion, that goes around and returns to the same place, only to repeat itself again. Therefore,  we can say that those happenings are rolling over; this is the reason why we have called this article ‘Everything is rolling over’ because they repeat themselves indefinitely, and it is an eternal motion that happens within the entire universe.

The eternal motion within the universe

You see, in the universe most things repeat themselves in an eternal motion: for instance all the celestial bodies keep repeating the same eternal motion all the time, like the earth spins on its axis and at the same time orbit the sun, while the moon orbit the earth and follows the earth around the sun, then they all together including the other planets that belong to the solar system, they orbit around the center of our Milky Way galaxy, and the Milky Way galaxy has his own motion in the entire universe.

Now that we have pointed out, that everything in the entire universe, repeats the same motion indefinitely; it would be common sense that spiritual beings will repeat themselves too, as they belong to the same universe and they are subject to the same forces that exist in the universe, even though they belong to another dimension.

Now, to reinforce the motion of all-natural things and to make it as simple as possible, let us look at what happens on earth. Since earth has its own inner motions; one of those things that we can see easily is water, the sea itself has its own motions driven by the wind, there are of course also the current and other motions; one of the most clear motion that one can describe is evaporation of the water and the rain that falls down and then evaporate again; we hope you see what we mean, when we say that everything is rolling over. Now let us see how this can apply, to our lives and to the spiritual world.

The spiritual world and life

In our observations during our lives, we have seen that things go around and repeat themselves; they are rolling over and start all over again; now this rolling over and starting again, we can say that they form a cycle, and this cycle repeats itself forming a never-ending cycle of all forms of life of the universe, including the spiritual world.

In our religious writings, we have said this, but we believe that we have missed to explain clearly, the reasons why the spiritual life forces of the universe, need to form a cycle. Of course, what we have written, is a new way of seeing the spiritual world, and God master of the entire universe, and because this idea of seeing spiritual things is new, it needs to be explained many times, before the new concept is accepted.

You see, it does not matter, how may time we have explained this spiritual situation, there will be something else to explain, this is also due to the facts that we are trying to find a way, how to connect the entire religious writings of Reconciliation of the universe back to where they started, so that, they form a never ending cycle, that goes around and it will have no beginning and no end, just like everything else in the entire universe.

Now that we have written these articles, we believe that we are almost there, as we have done as much as we can, to explain this new spiritual way, that we believe can help humanity in the future. The main thing is that people must continue to believe in the existence of God, because we need a God. But God must not be a tyrant; and God must not be used to do terrible things, like killing in God’s name.

But let me add this, we believe that all those religious articles that we have written so far, have made our religious writing too long, for the message that we are trying to tell the people, so, we will try to find a way, how we can say the same things, in a shortened version.

Now, we can say, that this article concludes our religious theory of reconciliation of the universe, as we believe that we have explained and formed a full circle or cycle, and we can start from the beginning again, which can be anywhere. But as we said at the beginning, the best way is to start from God of the universe, because God is the most important spiritual being, then we must go around the full cycle and come back to God again.

This is blog, Man needs God Everything is rolling over

May God guide and help me. See you next time.