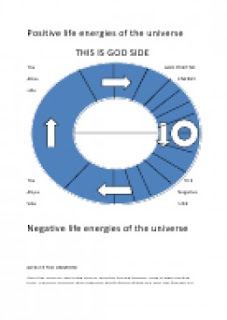 - One of my own sketches, where I am trying to describe the life forces of the universe. There are two sketches that are better than this one. You can view them, if you use the link pasted in this post.

We have some writing concerns

As you know, here we want to talk about the negative life forces. So, we have written that long prayer above. You see, this is not a pleasing article to write or read about; but this circle needs to be imagined and written about, because that is the only way, that we can describe how the spiritual world can be.

Anyhow, because we want to write about the spiritual negative life forces of the universe, we are concerned for our safety, so, we need to pray God our spiritual Father for protection. Because God our spiritual Father is the greatest protection that we can have in the spiritual world. Therefore, in the name of God the father, I am writing this sixth circle negative; I must write this in God’s name, because it is the only way to be protected from the negative force of evil, while we are talking about this negative circle. So, let me pray God to protect me, guide me and help me, from this negative force. Let us pray.

Concerns and prayers to God the Father

I am concerned, so, I am praying God to protect and help me in this sixth circle negative. And you must say a prayer to God for protection in this negative circle, even if you say this; My Lord God or Almighty Father protect us from the force of evil. You see by praying to God, you open a link with God’s life force of the universe, and therefore, God can protect you.

Praying for the sixth circle negative

My Lord God with my personal concerns I am praying with all my heart; in this prayer I’d like to call you by that name, which you gave us when you came down to earth to help the Israelite, because I don’t know of a better way on how to call on your Greatness. So: Yahweh (Jehovah) Father of all humanity and God of the Israelite; You who in the Bible have been well described in greatness and deeds, to you I turn and to your mercy I appeal:

To Yahweh our Heavenly Father I pray here with all my heart, my soul and my mind.

Almighty Father I ask your permission to visit the negative circles, and with your permission, I can say to the forces of evil that you have allowed me to go there in your name. And I pray and ask you to send me an angel that can protect me from the force of evil, while I am mentally visiting and writing about the negative life force of the universe; in case the force of evil wants to harm me. I ask this in the name of our Lord Jesus Christ. Father hear my prayer and help me, amen.

Anyhow, now that I know that God can protect me, let us describe this sixth circle negative.

Dear readers, to describe the sixth circle negative, we must imagine that we are walking into this circle, even though we know that these descriptions are imaginary, so, it is our mental description of how we imagine these spiritual circles; we talk about them, as if we were there in the spiritual form, and were walking in there and looking around.

In going in the sixth circle negative I am saying this prayer aloud: I come in the name of God the Father and our lord Jesus Christ the Son, I come in the company of this angel, that the Archangel Michael has given me to protect me, and make sure that I will return safely to Mother Earth circle, at the end of my visit of the negative forces of the universe; therefore, I am in the company of the guardian angel of God while I am visiting and writing about the negative life forces; I am saying this so that you know who has sent me, so, allow me to see and report what I have seen.

In this negative spiritual circle six beside earth, there are lots of individual souls of negative life energy, there are also the negative angels of God, there is a large crowd of them, there are all sorts of souls big and small, it is like in circle six positive, except for the fact that these individual souls of life energy and the angels have a negative tendency, for this reason they have been placed in the negative side. So, there is some difference that I need to explain.

It is believed that for the souls in this circle is harder to return to live on planet earth, and if they return, they should accept to live a lower life than last time, when they lived on earth. This is God’s will, since God wants to give them another chance and see if some of them can return to the positive side.

But because these bodies of life energy are negative, the angels of the negative force will not let them go to live another life on earth easily. The main reason is that, they may continue to generate more negative force, and that is not good for the entire living world, since if too much negative energy builds up, it can bring trouble to the whole living world, and it can drive the living world to an early end.

But who are those souls you may ask? These are souls of people that are not bad, we believe that some of them are from the atheists’ group that happen to be there because they did not believe in God, their souls are the most likely that will be offered another life on earth, so that they can live their lives according to God’s will.

Souls of the sixth circle negative

We believe that there are more negative souls than positive souls in the spirit world, therefore, most souls when their bodies die come to these circles, the reason that the two sides are not equal, is that the negative souls have an outflow, they will find the way to the abyss and disintegrate, so, there is more room for the souls in the negative circles than in the positive circles where they can live forever, you see it is hard to go in the positive circle for that reason and even harder to reach paradise.

But let us imagine who these souls could be, which will end up in these negative circles and other circles below this one. They are all sorts of people that have done bad things in life and have become negative, for one reason or another; so, they are not good enough to be in the positive circles.

Now let us talk about the most prominent bad souls that pass through here and go in the lower circles. They are the souls of those people that have harmed individual being physically killing them, they are sent here to pass through here and move in the lower negative circles, because there is no pity from God of the universe, for those people that have killed other people willingly; because they have killed God’s life and did not even repent; God cannot forgive them. So, they will be dealt with according to their life deeds and be sent to places like prison forever, where they will receive the same punishment, as they did to the people they killed, and one day they will be sent into the abyss and their soul will die forever.

Here we must use common sense, and ask ourselves, how can a mass murder or serial killer that has killed people, just for the joy of killing them go anywhere else except hell, where it will be dealt, with the same harshness that it has inflicted on earth to other human being, and in the end it will be destroyed, so that it can never hurt anybody again.

For this same reason this applies also to any leaders that have ordered to kill indiscriminately; just ask yourself, how Attila the scourge of God could be sent anywhere else, his soul had to be sent here and moved down to the stricter circles immediately? Links to check Attila the Hun

How could the soul of Joseph Stalin go anywhere else? He must have come through this circle to be sent to the lower circles, that is the only way that it could be, as he was a killer that ordered many people to be killed, he was also an atheist at the same time, and people were forced to be unbelievers under his rule, because no religion were allowed under his rule; so, God can never allow his soul in the positive side.

How could the soul of Hitler go to the positive side or paradise when he killed so many people in the Second World War and in a parallel way how could any other violent soul that has done something similar go to paradise? It is foolish to believe that people that harm humanity end up in paradise, as there is only one way for them; they have to go to the negative force and hell and be moved to the worst circles, until the time comes when they will go into the abyss and disintegrate.

Anyhow, I know that I should go on and populate and explain this negative circle more, but I am going to leave that for another time. Because I believe that I have said enough in this article. So, see you in our next article, the fifth circle negative tormented souls. 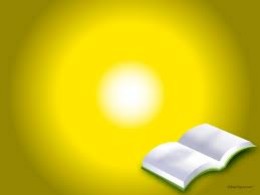 The dawn of a new Era

MAN NEEDS GOD. We believe that, there is only one God throughout the universe and God is the universal life force that guides and gives life to the entire universe. Therefore every living thing is part of God life force, since God is the essence of all life in the universe.
-
Welcome to our blog, man needs God
and this post, the dawn of a new era.
-

The dawn of a new era, could very likely be our spiritual awakening, where we will be able to appreciate all those nice and beautiful thing that life can bring to us.
- 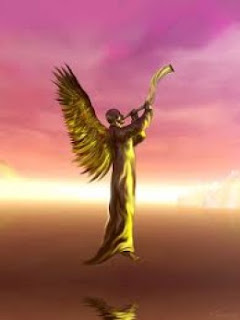 In the Bible at the end of New Testament, is written the book of Revelation, where it is forecast the end of the world, as we know it. There is this angels sounding the first trumpet, announcing that the first seal is about to be broken. In this post we are talking about this event, as if we are going to end in the same way our religious writings, but it is not so, because we are continuing our religious writings.
-

Posted by http://menfranco.blogspot.com at 11:56 AM No comments: