New Testament discussions
This link above is how this same article is published in Hub Pages,

Welcome to our article page, (49) The New Testament religious discussions
May God guide and help us to write the right things in these religious writings? 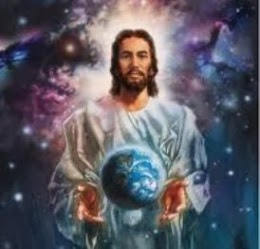 As we all know The New Testament is all about Our Lord Jesus Christ life and his teachings, which is all about love your God and do not do to other what you would not like other people to do to yourself. 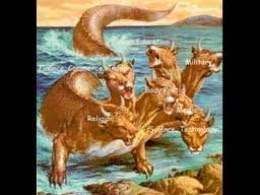 Dear readers, in our last hub we have talked about the Bible and The Old Testament being the Hebrew history, as well as a religious book, in this hub will talk and discuss about the New Testament and other things as well.
As we all know, religions could be said to be very complex and sometime hard to understand, so, we need to discuss those religious issues, if we want to understand them, for this reason today we would like to discuss about The New Testament, just to see what we think about some issues that happen there. We know that religious issues are very complex and they take a long time to sort out, for example here we are working to find a way out of some issues that seem to bother the world of religions today, the main issues that religions face today could or would be: to find a way how to survive the atheist attacks; how to stop paedophilia in the religious orders and how to stop extremists to use religions for their own violent acts.
These issues when we think about it, they seem to have a link to the way religions have been formatted in the past, yes religions have been man-made mainly for the purposes of controlling the people, but at the same time we need to say that today they are not as good as they were supposed to be; of course we accept that God and other spiritual entities may really exist, for this reason we continue to believe in God and religions.
Anyhow, because we still believe in God and religions, we have looked at many religious issues already and written many articles about it; in the last post we have also written about the Old Testament, which is the religious book that tells us how this religion was made from the very beginning; of course it all depends of how people understand the Bible, so many people see it in different ways, but that does not matter as it is still the most read religious book in the world. Anyhow, we are doing all this religious study in the hope of finding ways that would help religion survive better, the attack of the atheists and also the attack that the extremist groups that are producing against religions today and other issues.
Because of the actions of these groups the rest of the religious community needs to start asking whether it is wise to continue to believe in religions just the way they are today. So, let us look together with our religious friends where we stand today in religious matters; for this reason I have asked my friend Mark to say something about it, keeping in mind what we have already talked about in our last hub, I have asked Mark to comment on the New Testament, since we have already written about the Old Testament in our last hub, now we would like to see how Mark is going to explain the New Testament and the religions that exist today.
---------------------------------------

Comments on the New Testament

Our friend Gino speech
Hello my readers and listeners, here again I have been asked to say something about the Bible Revelation, as our friend Mark has pointed out that I may be willing to talk about it; okay I am willing but I will try to be as brief as possible as I was going to leave you, because I have some personal things to attend to presently, so if you want me to make a long speech you have to wait for another time.
Anyhow as we have said already something on this subject a while ago, I have to continue to say how I see this last chapter in the Bible called Revelation. My personal beliefs are that Revelation seems to be a separate article altogether from Jesus Christ teaching in New Testament, if we look at the way it has been written, revelation is just another very violent episode that the whole world is going to be subjected to, if and when it might happen, therefore it is as if we are going to go back to the Old Testament, where the fear of God was the main driving force, I am sure that it has been written for that intention in mind, in other words to control the people through fear. Of course there must be an explanation for it and this I may have to tell you another time, when I am able to make up my mind what it could mean.
Today the only other thing that I really want to point out is that the intention of Jesus Christ and the New Testament is all about wanting to guide the believers through love and understanding and not through fear, therefore the book of Revelation seems to be out of place at the end of the New Testament. I hope you see what I mean.
See you later; Gino.
------------------------------------
My comment and conclusion
Having seen what Mark has said about our Lord Jesus Christ, who taught love and humbleness and also what Gino has said, which more or less agrees with Mark; we cannot avoid to become suspicious of the reasons why Revelation has been written like that, because it seems to me that when we add everything together it does not seem to add up the way it should; therefore we should search for the reason why and then explain it; for this reason we may have to believe that today religions or religious meanings may need to be modified, now when we talk about modifying religious meanings, we are talking about what is hidden behind those meanings that seems right at first sight, and the reasons why they are like that. Perhaps here I may suggest that Revelation might have been written like that just because there was no other way to keep the Christian people together in those troubled times?
Anyhow we might have to assume that because of all these religious problems, if we want some sort of present religious order to survive, we may have to modify them, and if modifying religions as they are today is not going to be enough, then religions need to be changed in such a way that they have to survive, because as we all know man needs God and therefore religions, it has been so since the beginning of the world.
Therefore, let us try if we may to change religion, or at least suggest that religions need to be changed, as much as they need to be changed for them to survive. Of course at this point of time all we know is that religions may need a new method or new theory made in such a way that it could work and be as close as possible to today way of living, so that people may think that religions can still be followed without an extra effort.
Therefore we would like to suggest that a modern religious way needs to be brought about with a modern method or theory, which has got to take in all particulars of each and every religion that exist today, once we have done that we have to try to fit all the pieces together, as we do with a jigsaw puzzle. In other words we have to try to find the way of how life and religions complement each other and there is no difference if one belongs to another religious group; and from this knowledge try to show religious people that they could all be together, they could stay together because the life energies of the universe and the spiritual energies of the universe are together and we are all connected to them, and also that life and spiritual things form a never ending life cycle of the universe, this is what we are going to put forward in our last and third part of our religious writings that we would like to call, Reconciliation of the universe.
Now, if we are able to do that, then with this new theory it might become possible to explain how everything including spiritual things may indeed exist in the universe and how religions could co-exist together in the future and serve humanity, as it has done in the past, I know that this may not be easy, but we have to try, it is the only way to find out. You see, we believe that religions need to continue.
I think we have said enough in this article, so see you in our next article, Religions need to continue.
May God bless you all?