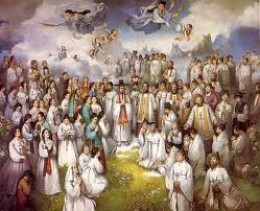 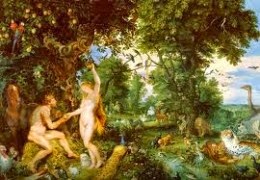 Adam and Eva in their earthly paradise, at least we believe it was so beautiful.

Angels, saints and human souls
Paradise for angels, saints and human souls
Paradise for everybody
Angels, saints and human souls
Welcome to our hub ((12) (65)), angels, saints and human souls
May God guide and help me to say the right religious things in these religious articles?
(This article is home of circle 5 positive and circle 6 positive of our religious writings of reconciliation of the universe)
Welcome to Circle No: 5 Positive; which could be said to be Paradise for everybody
Dear readers, this is my vision as a seer and the description of our religious theory of, reconciliation of the universe set up, this is the fifth circle positive of Reconciliation of the Universe, this circle could be described as Paradise for angels, saints and human souls, but we have changed the name to, Paradise for everybody, because it is easier to remember and also to account for other things that are described in this circle. Now, please; note that in this article to make it easier, we are writing about two spiritual circles, if we had not mixed these two circles, we could have called this just Paradise circle.
We believe that we need to explain to our readers a bit more about what we are writing here, that is about these sections of heavenly space that we have mentally divided up in order to describe them and make it easier to understand what it could be like, we call these divisions circles, we give them a number and we describe what is within them; we need also to explain that what we are writing here is only an imaginary theory or a vision if you like to call it that, this theory was born from looking at all those religious things that we know or believe that we know in religious circles, in other words we are trying to paint a picture of what it could be like, if all those religious things and beliefs were to be put together in a certain order that would make sense, therefore we are giving them a certain order that makes them follow logic reasoning, or at least our intention is to follow logic reasoning. Anyhow, now let me pray God our Father and then write about the fifth spiritual circle positive.
Prayer for the fifth circle positive (or paradise)
My lord God and benevolent Father of every living thing, I am praying you to forgive me all my life sins and make me clean of any impurities that may affect my soul. My lord God, I am praying and hoping that in your mercy you would forgive me all my life sins and purify me, so that I would become clean and worthy to continue to write these religious writings and the theory of Reconciliation of the Universe. My lord God, I pray you with all my heart that you’d forgive me and then guide me through my religious writings; therefore, Father let me see with my mind eyes what I ought to write in this fifth circle positive. Father, hear my prayer and help me! Amen.
After praying our Lord God thus, this is how I see the fifth spiritual circle positive with my own human imagination, which includes what most people believe already and we may say that they are common beliefs, with these beliefs in mind I see many happy souls in the fifth circle positive, they are together with angels and Saints and other virtuous souls, in our human understanding we could call this circle paradise; now, let me describe what my view of the fifth circle positive is and what these souls would do.