MAN NEEDS GOD. We believe that, there is only one God throughout the universe and God is the universal life force that guides and gives life to the entire universe. Therefore every living thing is part of God life force, since God is the essence of all life in the universe.
-
Welcome to our blog, Man needs God
and this post, Sorting out religions
- 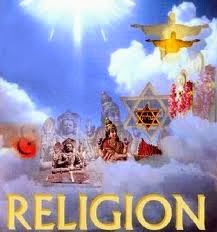 There are several religions today in the world, some of them may well be old fashioned, so a review and a new way of understanding religions the modern way could be helpful.

Sorting out what to sort from religions
Dear readers, as we have said in our previous post, the trigger that made us write these religious issues was the 9-11-2001 terrorist event, because of this event we decided to write our religious theory, our theory is based on our religious old beliefs, so we decided that we need to sort out those beliefs to come to a possible conclusion.
Perhaps to sort out those religious information’s that could be helpful one should look at what most religion do and believe today, and since we would like to bring most religions together, then it is obvious that we have to choose those things that all religions have in common; at this stage we have reasons to believe that most or perhaps all religions believe in some sort of spirituality; so spirituality is the first thing that we have to use, if we want to bring religions together, if we are able to do that then it will show that there is a link that binds all religions together, this link should show us that indeed we might all belong to the eternal spiritual life forces that make life possible in the universe.
Having said that there are of course the differences that exist in the religious world, there are also all those theories of how this or that religion has started; and also all the gods and goddesses, saints and other religious entity and events that happen in any of these world religions. Anyhow, now we know or at least we believe that we have to work with spirituality above all, if we want to bring all religions close together, let us see briefly what sort of spirituality the main religions contain:
Since the Christian religion is one of the largest, let us mention a few things about its spiritual content; at the top of all the spiritual entity there is God (Yahweh, Jehovah, and/or Allah) followed by archangels, angels, saints and worthy souls; now in order to keep in a certain order to make sense, one could say that these are followed by the devils and the nasty souls, of course all these spiritual entities dwell in another dimension and they cannot travel freely to our dimension, but , it is believed that somehow God the master and life giver of the entire universe has made it possible for the souls of people to travel in and out of our dimension and the spiritual dimension, only when they are born and when they die. This is in a nutshell how spirituality in the Christian religion is supposed to be, because this is how our forbears have passed down this information to us, because they have believed it to be so.
------------------------------------------------

Spirituality in some other religions

Spirituality in some other major religions
Spiritualty has always existed in the religious world, so here we are going to talk about some of religious spiritual beliefs, let us start from the Egyptians.
The Egyptians have the book of the dead and other written evidence is found even today in the pyramid walls. Generally speaking the Egyptian believed the people had a soul and that the Pharaoh was a descendent of the gods and at his death he could again join the gods in the afterlife, people also had souls but they were less important than the Pharaoh. In this evidence that we find today, there are funeral texts designed to ensure that deceased souls reach a pleasant afterlife through the elaborate rites at their death, and there are many other things, there was also this belief that souls needed food after their death.
The Indians have the Vedas and many other books; one of the books that make sense to us westerners is the Laws of Manu, where at least we are able to understand a few things about the Indian religious beliefs; these beliefs are very complex and they are very hard to explain unless we read from the book of, The Laws of Manu, so to make it easier for our readers, we are going to quote part of the first chapter just the way I have found it on the Internet, and here I quote:
1. The great sages approached Manu, who was seated with a collected mind, and, having duly worshipped him, spoke as follows:
2. 'Deign, divine one, to declare to us precisely and in due order the sacred laws of each of the (four chief) castes (varna) and of the intermediate ones.
3. 'For thou, O Lord, alone knowest the purport, (i.e.) the rites, and the knowledge of the soul, (taught) in this whole ordinance of the Self-existent (Svayambhu), which is unknowable and unfathomable.'
4. He, whose power is measureless, being thus asked by the high-minded great sages, duly honoured them, and answered, 'Listen!'
5. This (universe) existed in the shape of Darkness, unperceived, destitute of distinctive marks, unattainable by reasoning, unknowable, wholly immersed, as it were, in deep sleep.
6. Then the divine Self-existent (Svayambhu, himself) indiscernible, (but) making (all) this, the great elements and the rest, discernible, appeared with irresistible (creative) power, dispelling the darkness.
7. He who can be perceived by the internal organ (alone), who is subtile, indiscernible, and eternal, who contains all created beings and is inconceivable, shone forth of his own (will).
8. He, desiring to produce beings of many kinds from his own body, first with a thought created the waters, and placed his seed in them.
9. That (seed) became a golden egg, in brilliancy equal to the sun; in that (egg) he himself was born as Brahman, the progenitor of the whole world.
End of quote from The Laws of Manu.
-------------------------------
Now that we have quoted a small part of the beginning from this Indian sacred book The Laws of Manu, it becomes evident that the laws of Manu it a very long conversation between the sages that ask Manu many religious issues and Manu that will explain to them very detailed religious issues; here I have to say that there is a lot more to read in this great book, so I strongly advise to use the link in this hub to read more about the great Manu.
-----------------------------------------

Other religions from the Indian religion

Other religions were born from the Indian religion
The Indian religions have many ways and there are many beliefs, we don’t know very much about them, since even the Indians themselves cannot explain their many religions and ways of beliefs. What we in the western world know is that from the Hindus religions comes another important religion the Buddhism.
Buddha story goes like this; when Buddha was young 2600 years ago he was a prince, he was a young man called Siddhartha but even though he was a rich prince he dealt with similar struggles that we have today. It is said that he was born as a crown prince and was also blessed by having an extremely beautiful wife. But still he was not completely happy, because he felt that something was missing in his life. So one day he left everything and went in search of complete happiness and what is the meaning of life. It seems that he found some of his answers and from his new found knowledge created unintentionally a new religion, just by teachings what he had found.
Today Buddhism is an important religion; the leader of this religion is the Dalai Lama, but unfortunately because China has occupied Tibet, which is the main place of worship for the Buddhism religion, the Dalai Lama has been banned from Tibet, but the religious people still believe that he is the leader of this religion. I don’t know much about this religion, but has we have seen this religion it is there to try to solve the meaning of life, so let me quote here what I have found lately:
Perhaps this is what the Buddhists are after, and I quote:
Knowing life purpose would invest everything one did with meaning. Whether reading a book, performing a task, or caring for one’s health, one would feel deep commitment and satisfaction. Even if one was suffering from a dreadful disease, enmeshed in a family quarrel, or stung by a humiliating defeat, the power to live-the determination to overcome any obstacle in order to fulfil life’s great purpose- would always come flooding back. In his own the Genealogy of Morals, Friedrich Nietzsche (1844-1900) effectively underscored the importance of the meaning of life when he wrote that man desires suffering and “even seeks it out, provided that he has been shown a meaning for it, a reason for suffering”.
End of quote; well it seems to me that there are very deep and meaningful meanings in this quote.
From this quote of Friedrich Nietzsche that man desires suffering and even seeks it out, provided that he has been shown a meaning for it, a reason for suffering. In other words one can say that man would do anything as long as he believes what he does is the right thing to do according to his beliefs, you see it is just what the Muslim do, they think that it is al-right to kill, as long as they believe that their religions wants it that way.
I believe that I have said enough in this post, so see you in our next post, about Creation and the creation of mankind.