MAN NEEDS GOD. We believe that, there is only one God throughout the universe and God is the universal life force that guides and gives life to the entire universe. Therefore every living thing is part of God life force, since God is the essence of all life in the universe. Now because this is something different from the normal religious beliefs, we need to describe how we believe, God and the spiritual life can exist indefinitely.
Anyhow, in these blogs, we are describing the dead souls that end up in the third spiritual dimension. 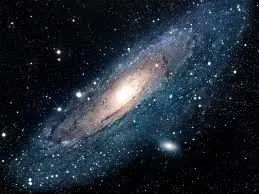 Here we have a galaxy, which covers a lot of space in the universe. The space or void, in between the solid bodies we can call the abyss, where the third spiritual dimension can exist. 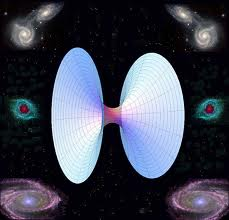 In the universe there are several galaxies, black holes and other things, and in between these there is this enormous void. 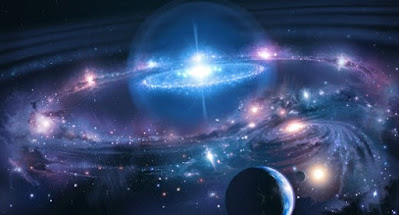 Within the galaxies is the solar system and the planets, this by itself covers an enormous space, now the space in between these celestial bodies, can house some energies, which can be spiritual energies, anyhow, now that we have said that, let me write the third spiritual dimension.

Welcome to the third dimension, or the dead spiritual dimension

May God guide and help us to say the right things?

Dear readers, I wanted to call this article, the third dimension, but because that title was taken, I had to use, the dead spiritual dimension.

Anyhow, now we want to describe how to connect the entire spiritual energies of the universe, so that they can form a complete life cycle; therefore, we are writing this article, to explain how we imagine the spiritual world is connected.

Now, this article should have been called; the third spiritual connection, since the souls after falling into the abyss, as we have described in our previous articles. They are going to die by disintegrating in a collision with other souls, or anything that is in the abyss, so, they become the smallest possible particles of energy in the universe, which can be turned into positive energy, or negative energy, when they come close enough to a source that can reconnect them.

Now, because by nature everything is recycled, this free energy that is formed from these disintegrating souls, must find a way how it can be recycled, so that, it can form the never ending spiritual life cycle of the universe, so, when these smallest particles find a field in the universe that attracts them, then they can be absorbed and reused again.

Anyhow, we must assume that something like that happens, so that, these spend energies can form the never-ending life cycle of the universe. To explain how it works, we need to use our imagination, to form this imaginary theory, that we will write in our next articles, We say in the beginning, and, Everything is rolling over

Because this is a new theory, there are people who will say, it is my personal imagination, which makes me see this spiritual life force energy this way. Well, they are right; but to form a new theory one has got to start from imagining things, using what is already known and extending it another step or two.

Now, this paragraph here is brand new and it is being written now, because we want to add a bit more to this article, to convey what we want to say. You see, this article has been written to show that the spiritual life forces of the universe are connected, so, let us talk about, the third spiritual dimension, because this is what we want to explain here.

More about the third dimension

We are also writing these articles to show the religious extremist that religions are an invention of our human mind. Therefore, they better forget blowing themselves up, to meet their maker and go to paradise; because even if God exists, it is more likely that God is like the way we have described and not their bossy imaginary God that they believe in and will favour them just because they have killed other people and themselves. Their concept is crazy.

Now let us talk about duplicate content, I believe that some people have laid down these rules, and anything that does not agree to the old existing religious rules should be stopped in any way possible. I believe that they are short sighted, and they don’t see that there are benefit from these changes.

I have reasons to believe that in cases like mine, where duplicate content may apply to the writer own writings, these Hub pages’ rules must not apply, because they are too hard to comply with, and this hardship is going to drive many new writers away and the biggest loser will be Hub pages’ site.

Now, let us talk about the third spiritual dimension and the connections. So, may God the life force that guides the entire universe guide me to say the right things, in these articles?

What we want to say here is this: make no mistake, because what is written here is brand new, so, I am re-posting my reviewed article to make my point.

You see; what we are talking about, it is a new way of seeing the spiritual world, because before today, as far as I know nobody has ever mentioned that there is a third spiritual dimension, and that this third spiritual dimension, is the missing link that links all spiritual things together; and thus, they can form a never-ending cycle that has no beginning and no end, because they will flow around, and therefore, they can exist in the universe forever.

May I point it out, that to design anything one must know how it will work, even if one has to work it out how to explain it to other people, which is what is happening here? Anyhow, I believe that God is guiding me to find out the way of how all the spiritual life forces of the universe link together, because this is what I am writing here.

So, let us go back to the last two articles; Lucifer domains circle, and Spiritual circle one negative, in these two articles, the dying souls went in a place which we called the abyss, where they can never come back. Therefore, now I must describe a way how these dead souls in the abyss, will find the way back from the abyss, and return in another form to the spiritual life forces of the universe. There must be a way because in the universe nothing can be destroyed completely, nothing can be created out of nothing, but everything can change and becomes modified; therefore, these dead spent souls, when they become the smallest possible particle, they will find a way and be linked again to the spiritual life force of the universe, so, they continue to form the links of the spiritual life cycle of the universe.

About this life cycle, we are going to explain better how it works, in another article that we call, Everything is rolling over, there we will start looking at other things that exist in the universe, which behave in much the same ways, as they form their own cycle that never ends.

But there is more; in the following articles we will explain how this spiritual connection works, starting with our next article called, We say in the beginning, but a real beginning does not exist in the universe. So, we hope that by writing these two articles, we can write a better explanation; since the explanations in these two articles, will help us understand how the spiritual universe works. They are parallel examples, how everything else works, including what we are talking about here. I believe that we have said enough in this article. So, see you in our next article called, we say in the beginning.

This is, Man needs God The third spiritual dimension

May God guide and help me. See you next soon.